An Office Mayhem goal of mine for a long time has been to create a world around the office. Not necessarily the buildings and offices around the level, but the office itself. For the longest time, our start and end menus were static. They were pretty to look at, and thematic, but it offered very little value to the players. This week, that finally changed. 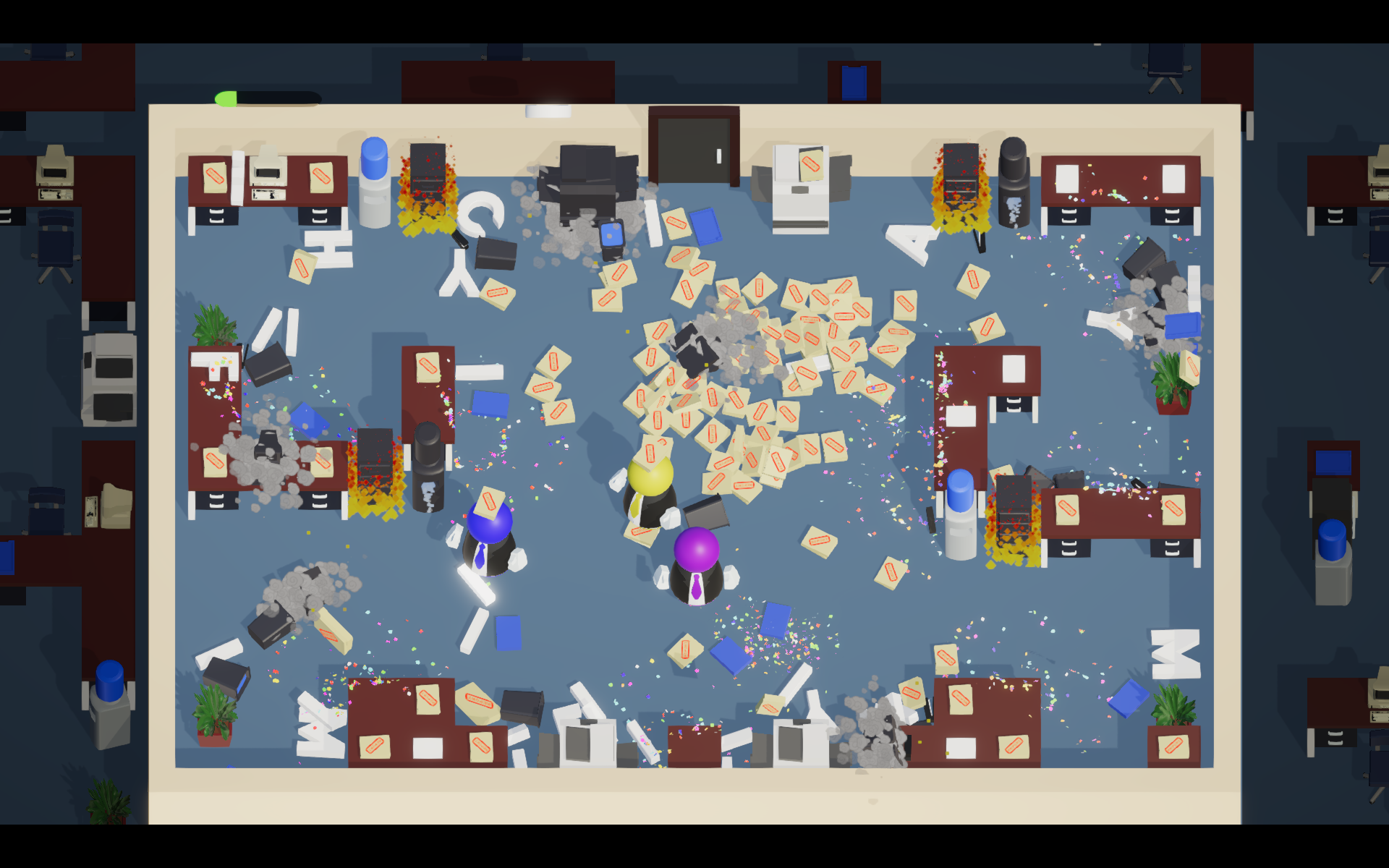 We now have ‘immersive menus’ – basically skeleton levels that players can run around in without the pressure of the tasks or timer. Confetti still falls, and broken computers still fly, and players have really taken to these new rooms, sometimes spending more time there than in the actual game! We’ve done more than just that though. Our number one request from testers has been to be able to copy broken computers, and even though it was usually tongue-in-cheek, it’s something we’ve been wanting to add for a while. Every item that can be picked up in Office Mayhem now (and in the future) can be copied (and thrown out). That’s a big plus.

More still, we added our logo to the immersive start screen. Not only that, but we added ‘item functionality’ to the individual letters. That means letters can be picked up, copied, and thrown. Testers have been using this as a form of Scrabble, and it’s pretty funny: 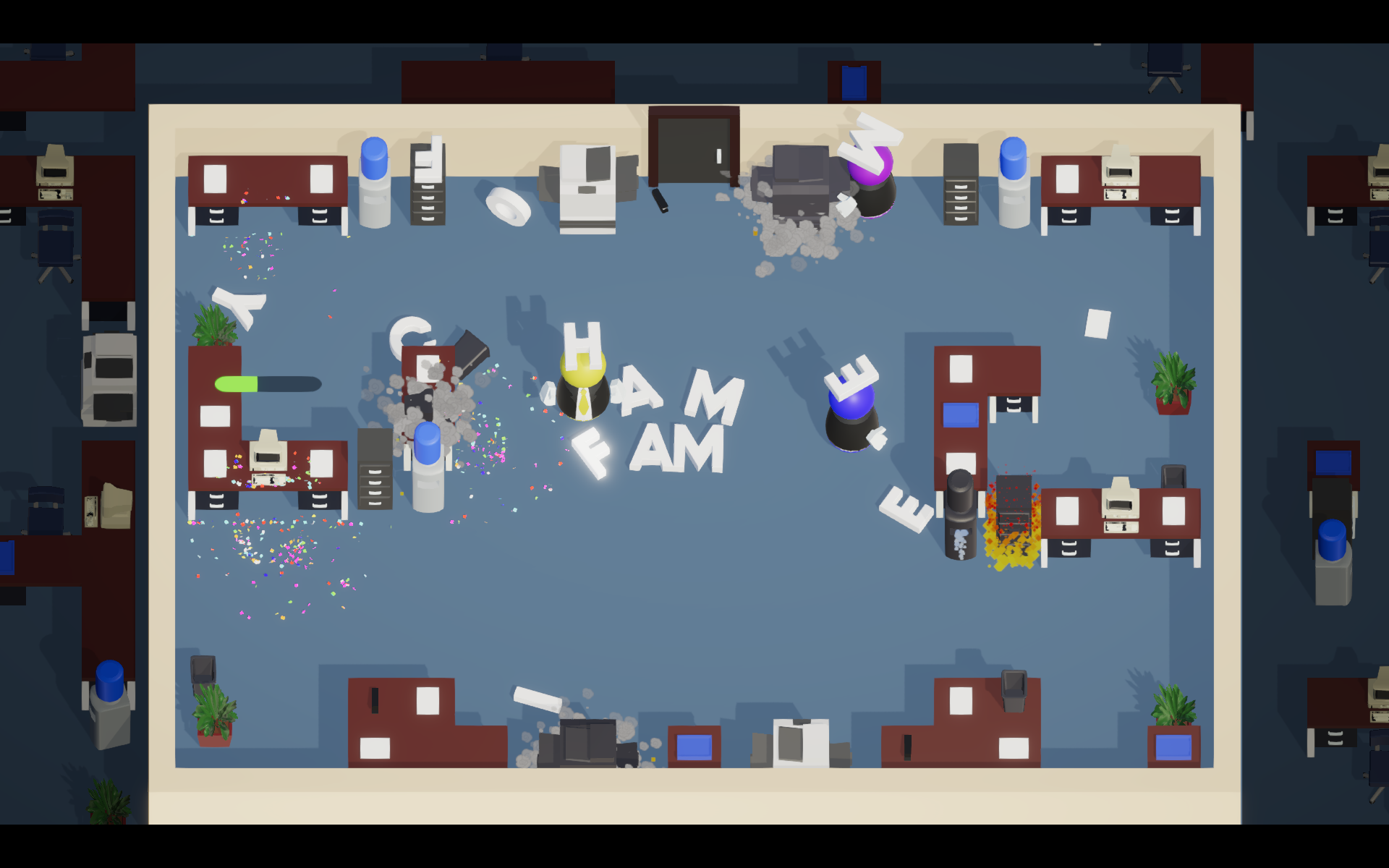 Andy has been hard at work finishing up crunch time and adding a ‘drop-in/drop-out’ feature to the start screen, allowing players to plug and unplug controllers, which is a nice ‘quality of life’ feature. He also implemented location-based menu triggers for the immersive menus, allowing more of our UI and game flow to be diagetic.

Tony spent this week working on the elevator: a replacement for our current spawning system. Now, instead of items appearing out of thin air, they will now be thrown out of the elevator, like this:

We have a lot on our plate this coming week: finish up the elevator to make it more customizable for the designers, tweak crunch time based on feedback from testers, better the location trigger system and make it more obvious to players what to do, create a framework for handling multiple rounds in a game, and start implementing ‘interruptibles’: a new kind of task. Let’s see how far we can get.