It was a very busy week in the cubicles of Office Mayhem, but with work comes progress. With only three weeks left, we could use as much progress as we can get our hands on.

The biggest addition is the introduction of timer tasks: a group-wide task where all of the players fight over doing the most of whatever the task dictates (like throw everything out, or answer the most phone calls). When the timer runs out, points are awarded to first, second, and third place. They have been received really well at QA, and experienced players love the new strategy elements they bring to the game. 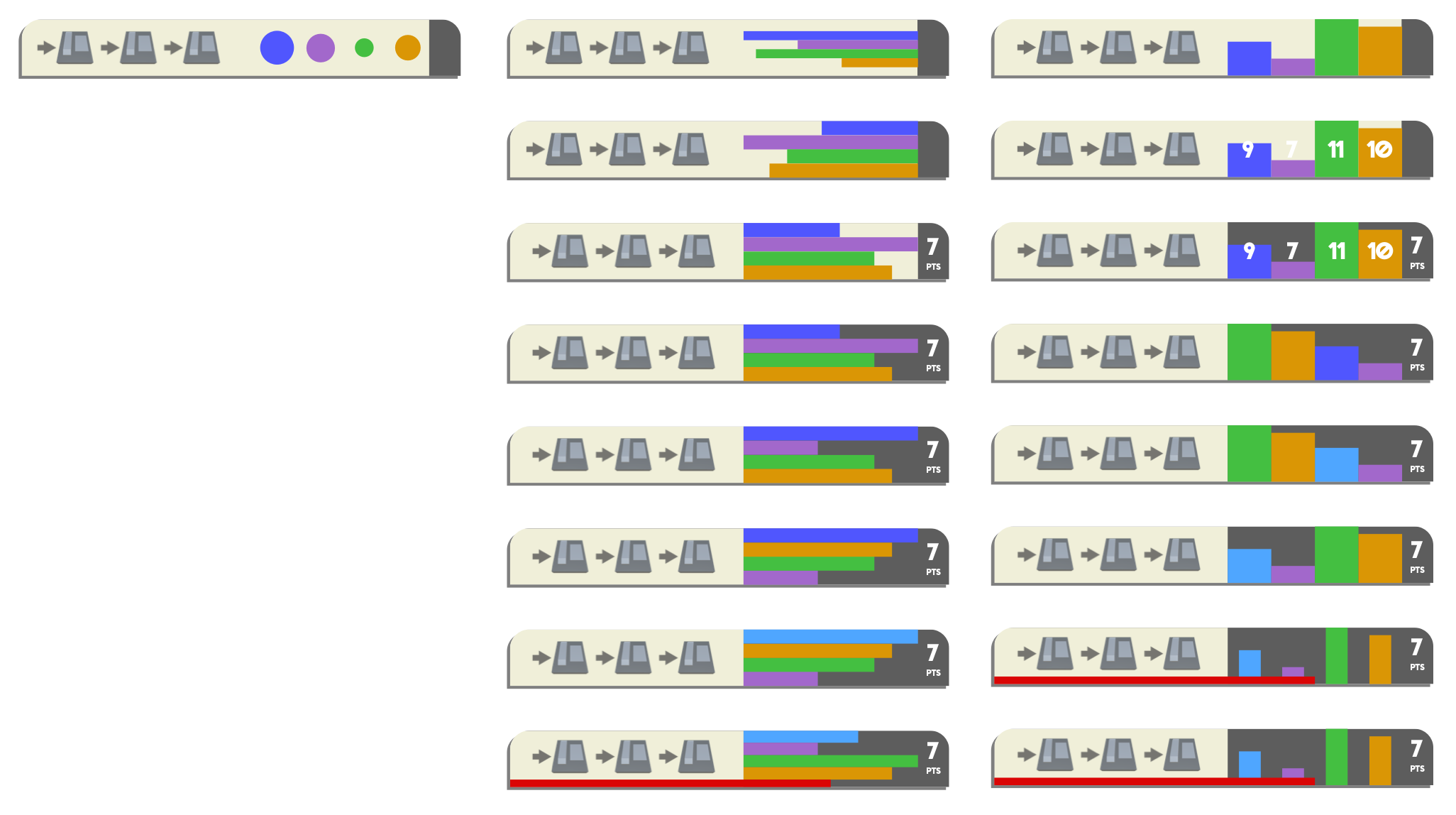 The UI for timer tasks fell on my shoulders, and it was a nice change of pace for me. With that said, it came with its fair share of difficulties: we wanted to introduce all of this new functionality to our pre-existing TaskCard framework, while still letting the players get the information they needed at a glance. The finished product is above, obviously, but there was a fair amount of iteration to get there.

Another feature added this week was a plug-in ‘attract mode’ – basically a kiosk mode if the game sits idle for too long. We also knocked out a lot of the bugs and polish items we’ve been meaning to get to. Andy added random character creation on the start screen which is a nice bit of polish, and Tony finished the stamp system in the break room, which finally finishes our inner game loop.

This coming week, we hope to spruce up our tutorial systems so new players experience even less friction when playing the game, and to implement the accolade system and Employee of the Week room to finally be feature complete. After that it would be small ticket items like implementing new sounds, tasks, and characters. The finish line is really close, and I can’t wait to cross it.

PAX is over, time to relax a little.

Quite literally the eye of the storm – with PAX behind us and graduation before us.