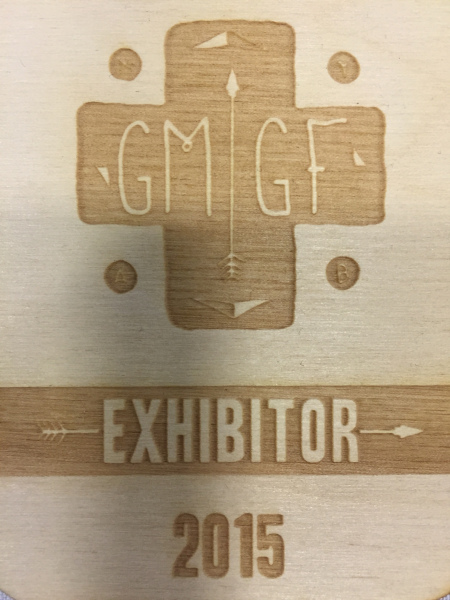 The Green Mountain Games Festival was this past Saturday, and I exhibited DASHockey at it. For some background, GMGF is a student-run, school-hosted event at Champlain College to help foster a developer community in Vermont. This year, there were 25 developers, four guest speakers, and almost 250 people across the floor. This being its second year, I would consider that quite the success.

On a tangent, now that it is released, I can talk about the AppleTV developer kit I received. Being a completely new platform, I was super excited to develop for it and explore the new UX opportunities with the Siri remote. So, over the past two weeks, I’ve been working on DASHockey.

I decided late in the game to present it at GMGF, and two days after, I’d consider it a success! I had over 30 people come by and check out DASHockey – some students, some professors, and even some industry vets! The consensus seemed to be that the controls were different but good, and after they got used to swiping and sliding, there were some really good matches. Goal-line saves, wicked bank shots, and a couple OT nail-biters.

I was not as prepared as I would have liked to be going in, partly because I was crunching to put the polishing touches on it before presenting. Even still, I gave attention to my setup – two monitors - one of which the AppleTV was connected to, and the other looping a video of highlights of the game. It worked well because I did not constantly need someone playing the game in order for people to see what it was. I also had some candy, being Halloween and all, and a whiteboard. On said whiteboard, I had a tournament of sorts, letting people post their Twitter handles and scores.

There’s still much I want to add, especially visually, but I received a lot of great feedback on the UX, menu design, and even the visual feedback when scoring and shooting. Bill Gardner, level/UX designer from Irrational Games (who’s now working on Perception, an awesome horror game about being blind), discussed the UX challenges and opportunities of the AppleTV and the new remote, and gave some really good insight on teaching new control ideas, such as those in DASHockey.

Come next year, I’m definitely aiming to present again. Hopefully a different game by that point in time, but DASHockey did give me a lot of lessons on what makes exhibiting successful. Including a way to sign up for a newsletter or updates of sorts help engage players, as does a tournament or prize of sorts, or even something as simple as a leaderboard – some competition goes a long way. Multiplayer games also seem to have gotten more attention, but fell when there weren’t enough players. It was a shame that I wasn’t able to get multiplayer working in DASHockey for the festival, but I was able to implement a decent AI, which gave a good taste of the action, and didn’t cause me to rely on having multiple players around at once. Using the AppleTV, being brand spanking new, was a good starting point for discussion and acted as a good segue into my game and my work.

That was my Halloween weekend – that, lots of candy, and Michael Myers.